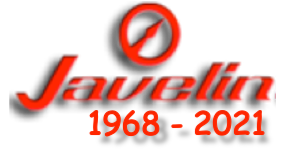 Felixstowe Ferry Sailing Club hosted the Javelin class for a 6 race National Championship programme over the weekend of 8/9 June. Many crews travelled long distances to attend the Championship as Felixstowe is popular with the class.
Sadly racing at sea had to be abandoned on Saturday when the ebb tide produced some heavy seas when confronted by the strong northerly wind. With smooth efficiency the race team moved the race program to the river Deben where a windward/ leeward course was set between Green Point and Ramsholt moorings.
The first race was won by Richard and Kathryn Smith from Southwold Sailing club who mastered the very different river conditions. In the second race Stuart and Neil Reid from Combs Sailing club fond the fastest way around the course, But in the third race Richard and Kathryn restored their authority on the fleet with another convincing win.
Sunday dawned much the same as Saturday with overcast skies, and a cold northerly wind, but significantly a flood tide, and whereas there was still a significant swell running, Racing at sea was possible which enabled the Javelin, a beautiful sea boat to demonstrate it's reputation to the full.
The first race was won by Brian and David Earl, regular champions in the class, who had a substantial lead by the end of the race, having increased their "comfort zone" on every leg of the course. Laying in second place after the first day, they represented a real threat to Richard and Kathryn who finished third. The second race was won by James and Paul Harvey from Hickling Broad who were showing real speed, particularly to windward but significantly they were followed over the line by Richard and Kathryn.
The final race was a real cliffhanger Richard and Kathryn established an early lead, but were unable to sustain it upwind when both the Reids and the Earls passed them on the final beat. Superior spinnaker work meant that the Smiths were back in the lead by the gybe mark, and they held the lead through to the finish and so became the Javelin Champions for 2013 and the proud possessors of a spectacular Broadsword trophy.
The race committee were particularly impressed with Kathryn's performance in that she brought her whole family with her including her 3 month old infant who seemed to enjoy the weekend almost as much as her mother who won!